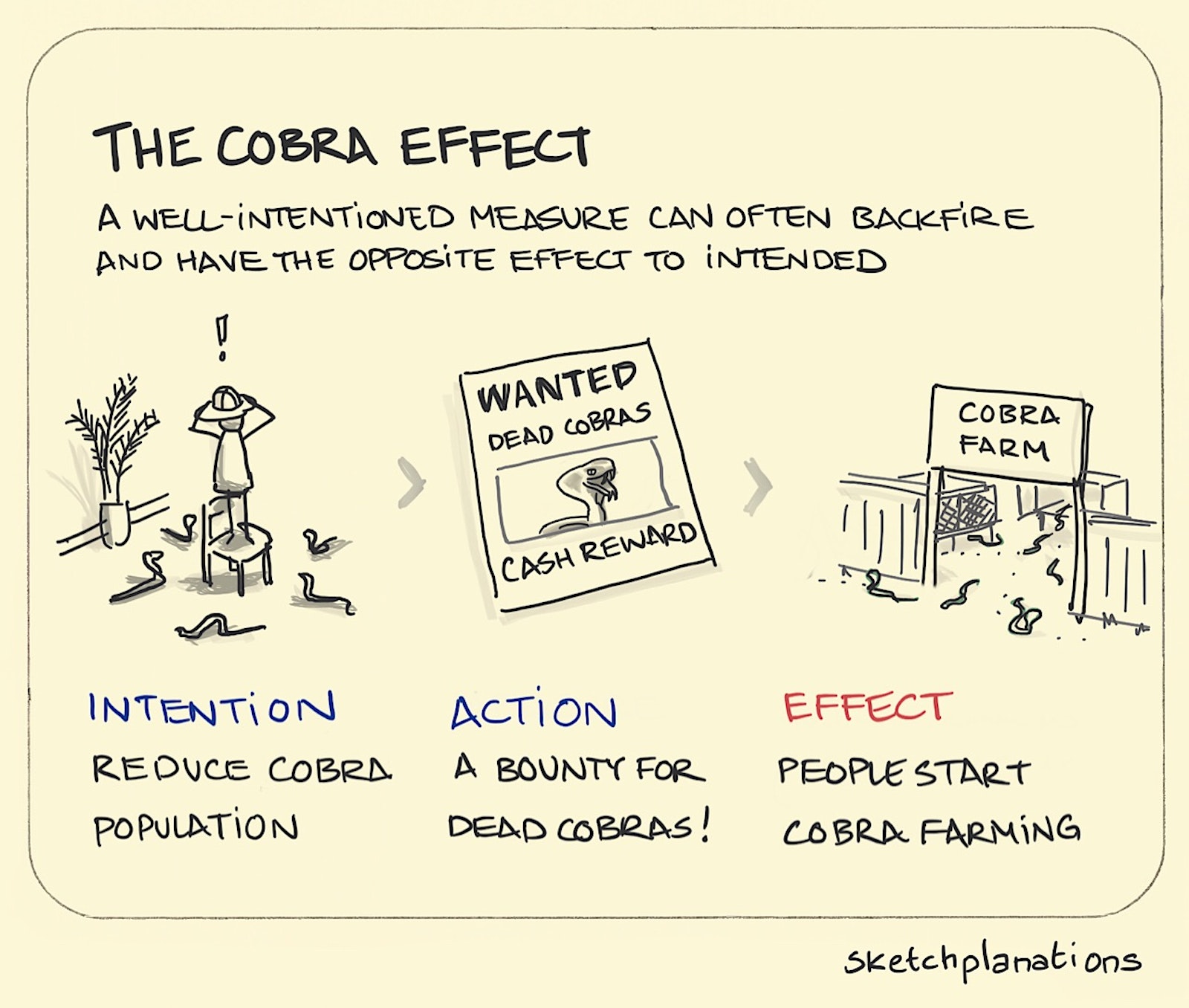 The story goes something like this. Back in colonial India the top Brit in charge decided there were too many cobras around Delhi. To reduce the population they put in place a cash reward, or bounty, for anyone who brought in a dead cobra. The intention was clear. Legend has it that people did bring in the cobras reliably because some enterprising souls had started breeding cobras for the very purpose of getting the bounty. When the authorities realised this they scrapped the scheme, the cobra farms closed and the bred cobras were released into the wild significantly increasing the cobra population by a few orders of magnitude. Hence, the cobra effect: when a well-intentioned measure can have the opposite effect to that desired.

It’s not clear how true this story is, but the cobra effect has been demonstrated many times. The Freakonomics podcast on the cobra effect discusses some excellent examples (with references), including:

People are smart. Incentives work, in the sense that you tend to get what you incentivise. So be careful what you are incentivising.

Also see: Goodhart’s Law and What gets measured gets better. 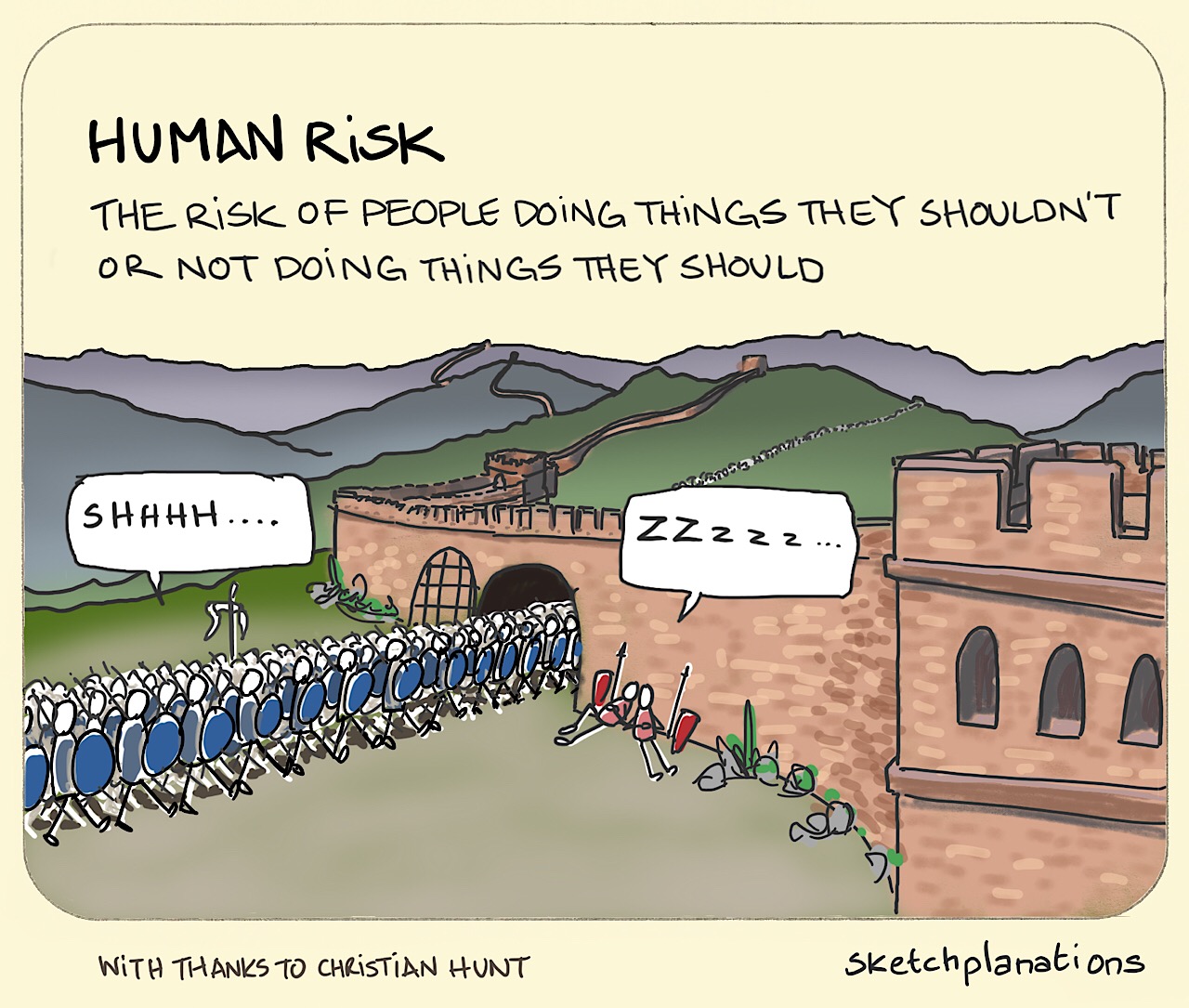 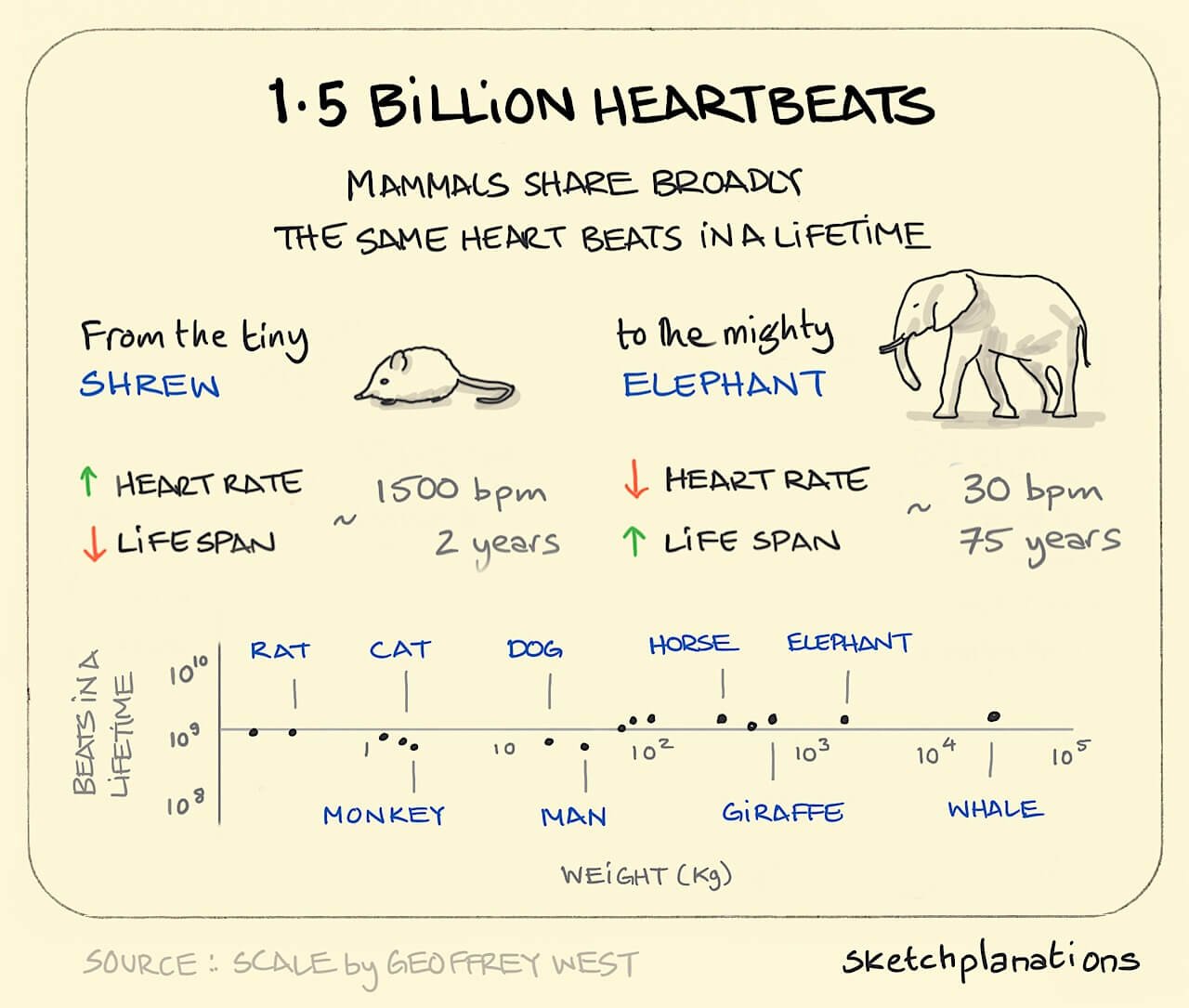 1.5 billion heartbeats in a lifetime
k