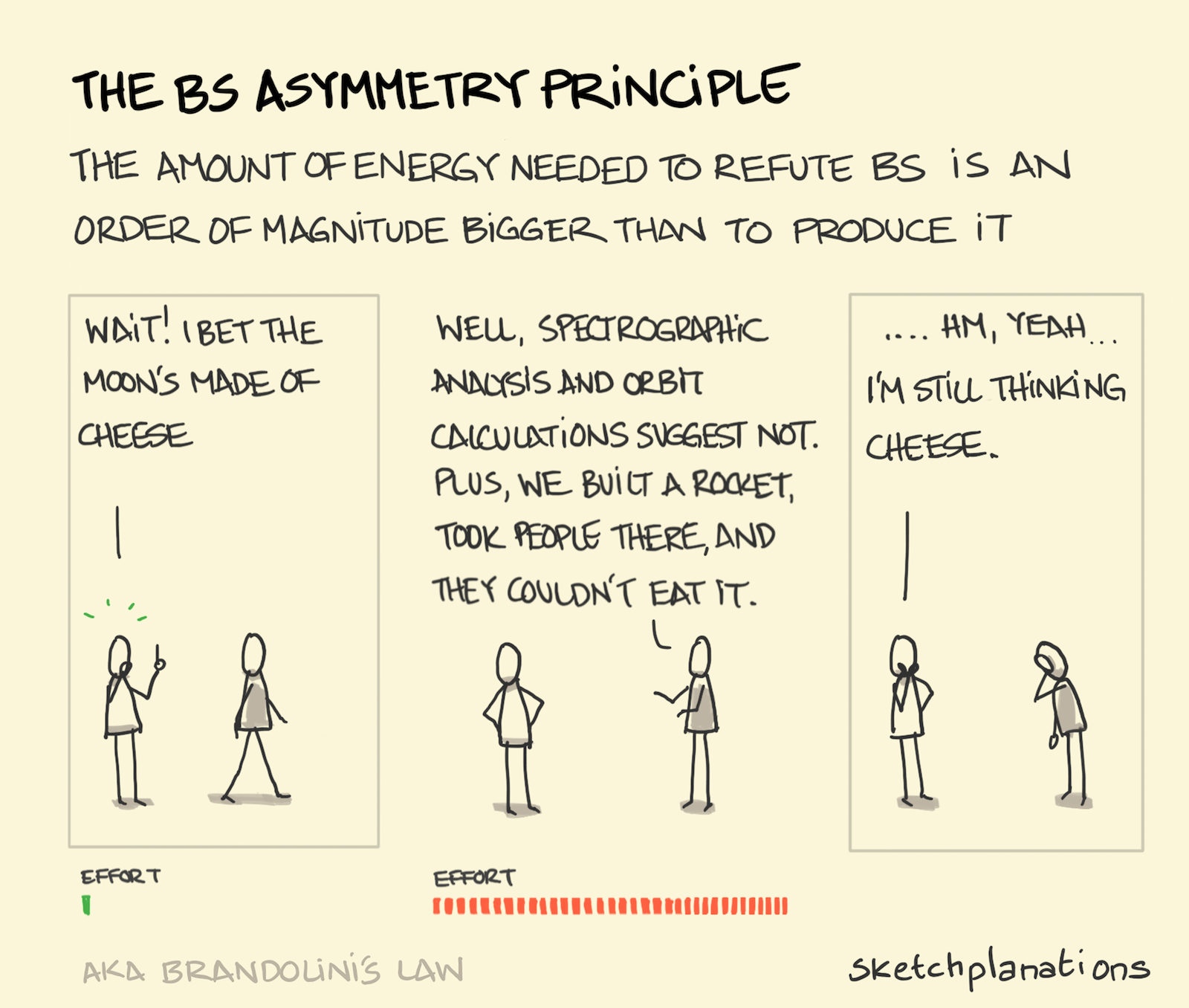 Also known as Brandolini’s Law, this is the simple observation that it’s far easier to produce and spread BS, misinformation and nonsense than it is to refute it.

In fact, the iSchool at University of Washington launched a course on Calling Bullshit with the first class being booked up within one-minute of registration. The professors, Carl Bergstrom and Jevin West have since written a book: Calling Bullshit: The Art of Skepticism in a Data-Driven World.

Phil Williamson in Nature also wrote a nice article emphasizing that we should take the time and effort to correct misinformation where we can. In it, he proposed the idea that “The global scientific community could…set up its own, moderated, rating system for websites that claim to report on science. We could call it the Scientific Honesty and Integrity Tracker, and give online nonsense the SHAIT rating it deserves.” 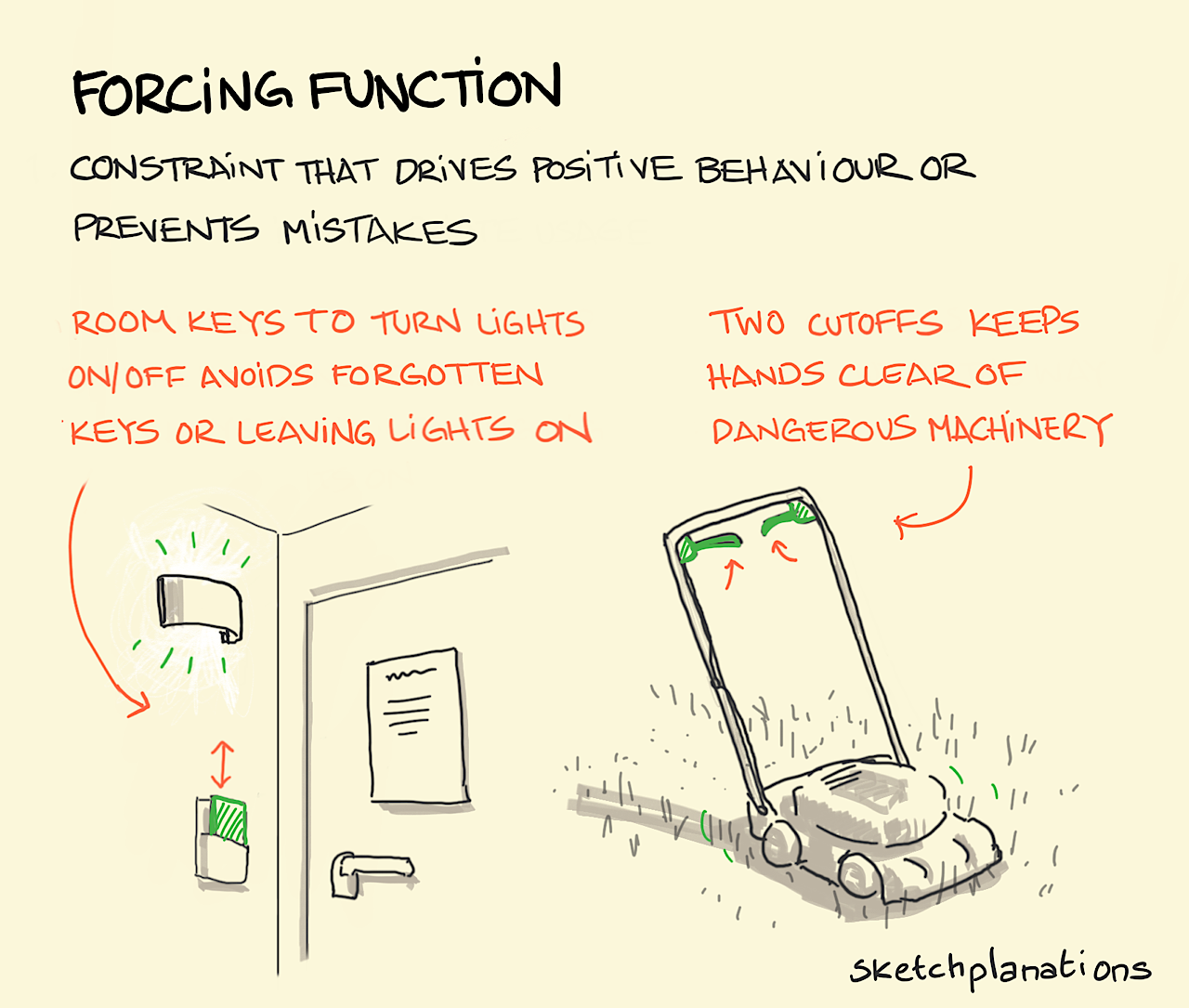 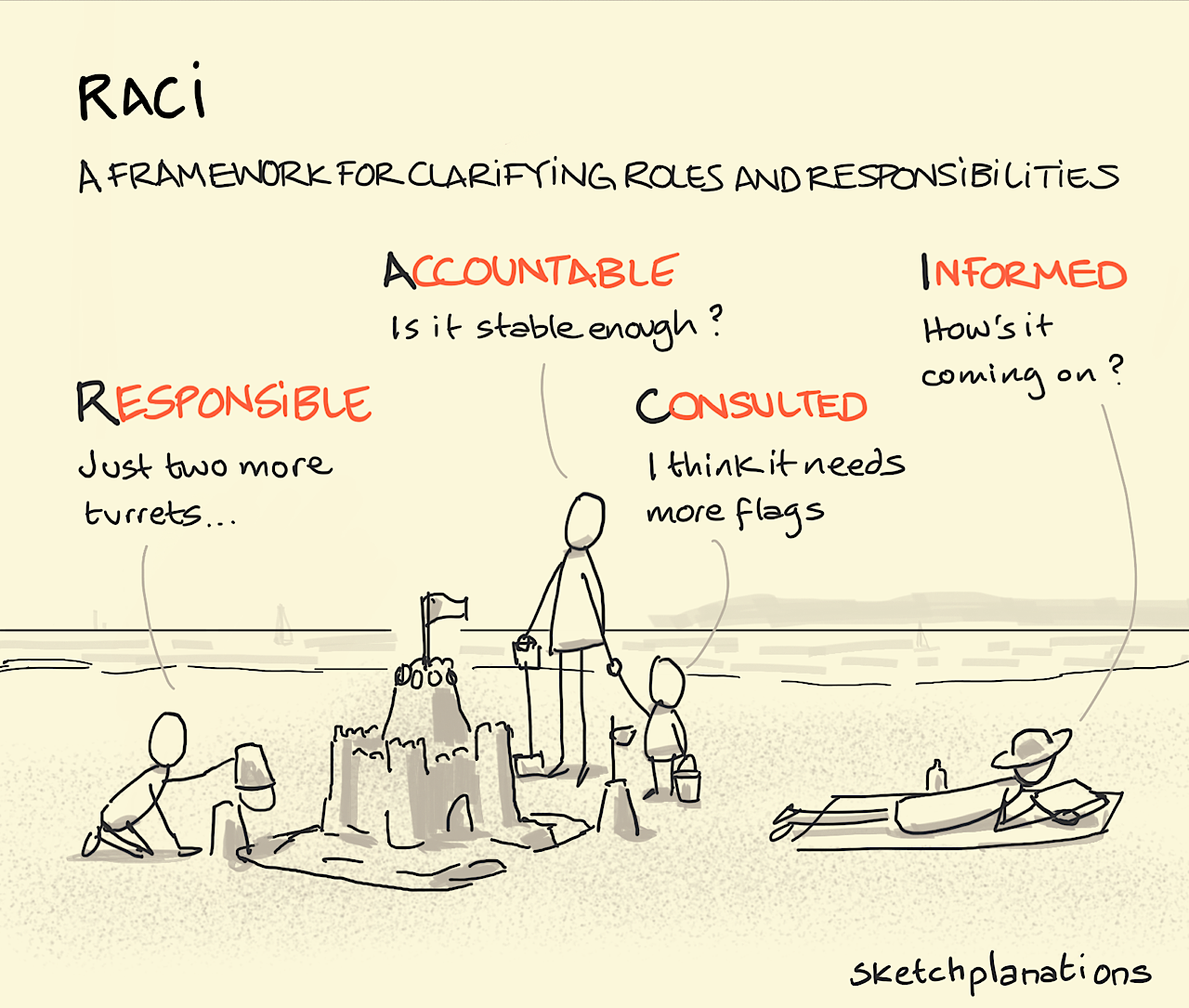