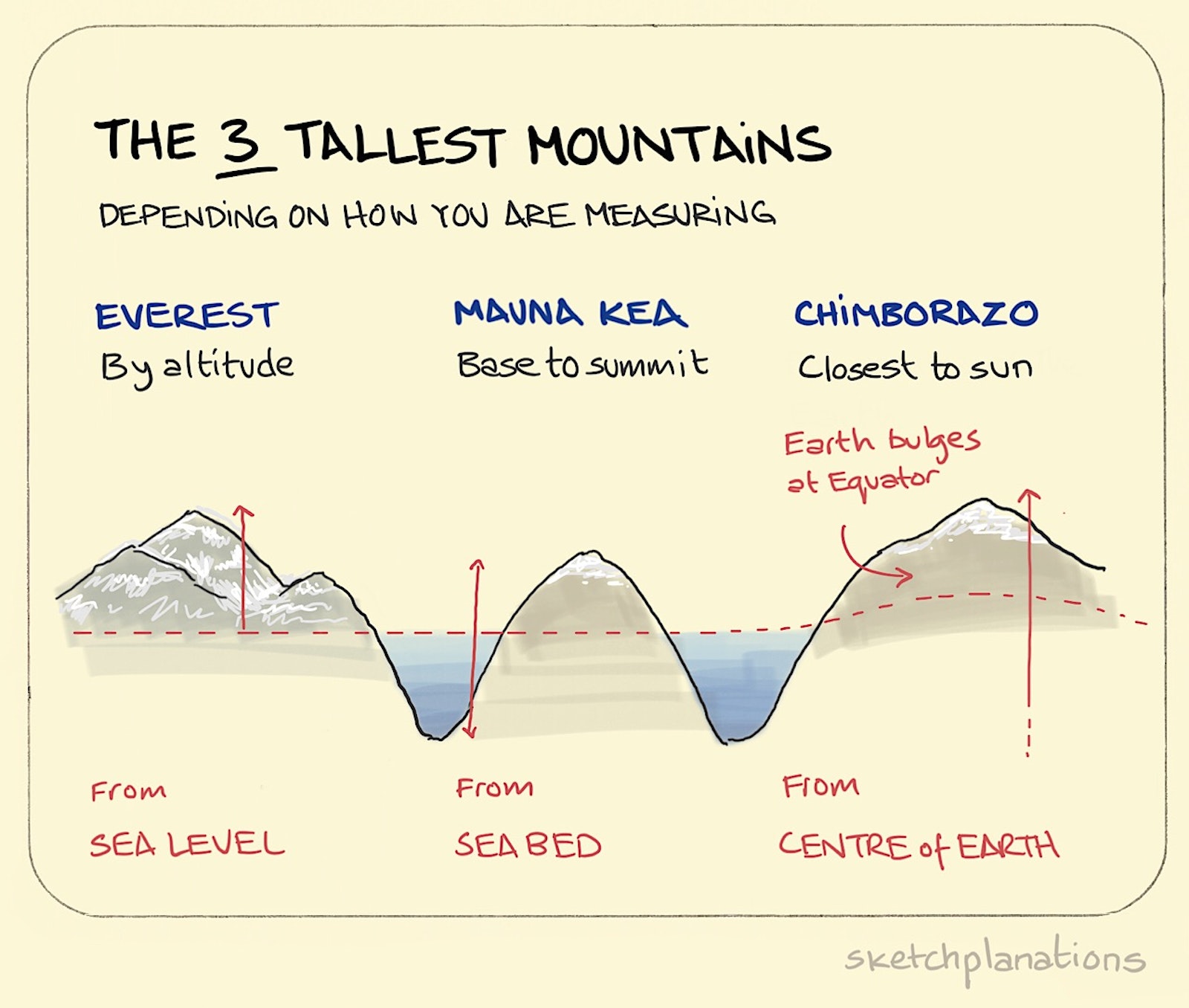 Everyone knows Everest is the highest mountain at a colossal 8,848m above sea level. But, depending on how you’re measuring, there are two other candidates for tallest mountain.

Mauna Kea is a volcano on the big island of Hawaii. In fact the whole island is made from volcano, so as a peak it rises from the base of the Pacific ocean to over 4,200m above sea level. Including the part of the mountain that rises from the sea bed it is over 10,000m tall.

Mt Chimborazo can also lay a claim to the tallest mountain. The Earth is not a perfect sphere — it bulges around the Equator meaning that points on the Equator are several kilometres further from the centre of the Earth than points further North or South. A bulging around the centre is a common shape for a spinning sphere due to the force exerted by the spinning. Sitting almost exactly on the Equator means that Chimborazo’s already enormous 6,263m from sea level makes its summit the furthest point on the Earth’s surface from the centre of the Earth.

I’m not totally sure if that means that at some point Chimborazo’s summit makes it the closest point to the sun, but it definitely sounds plausible! 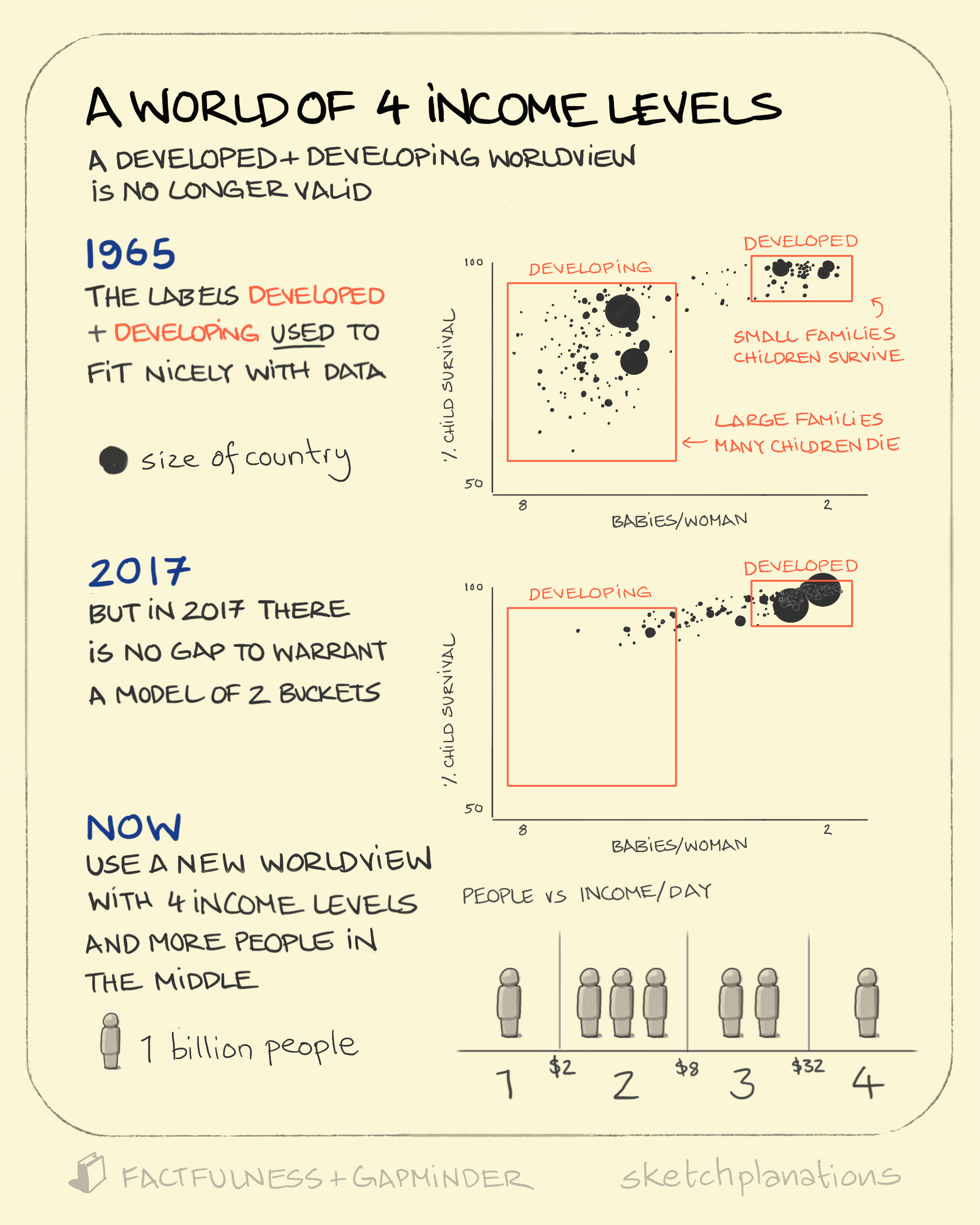 A world of 4 income levels
j 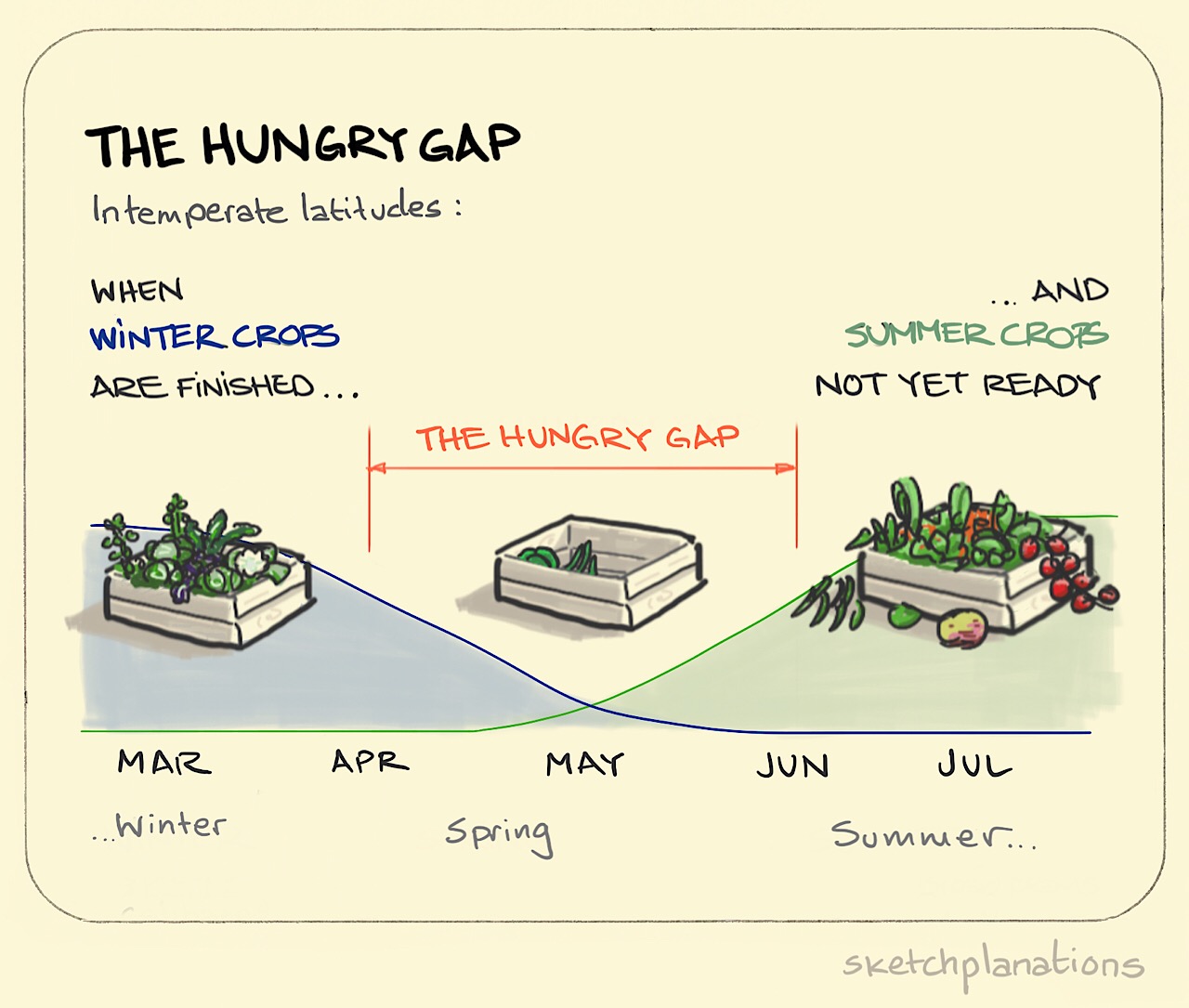