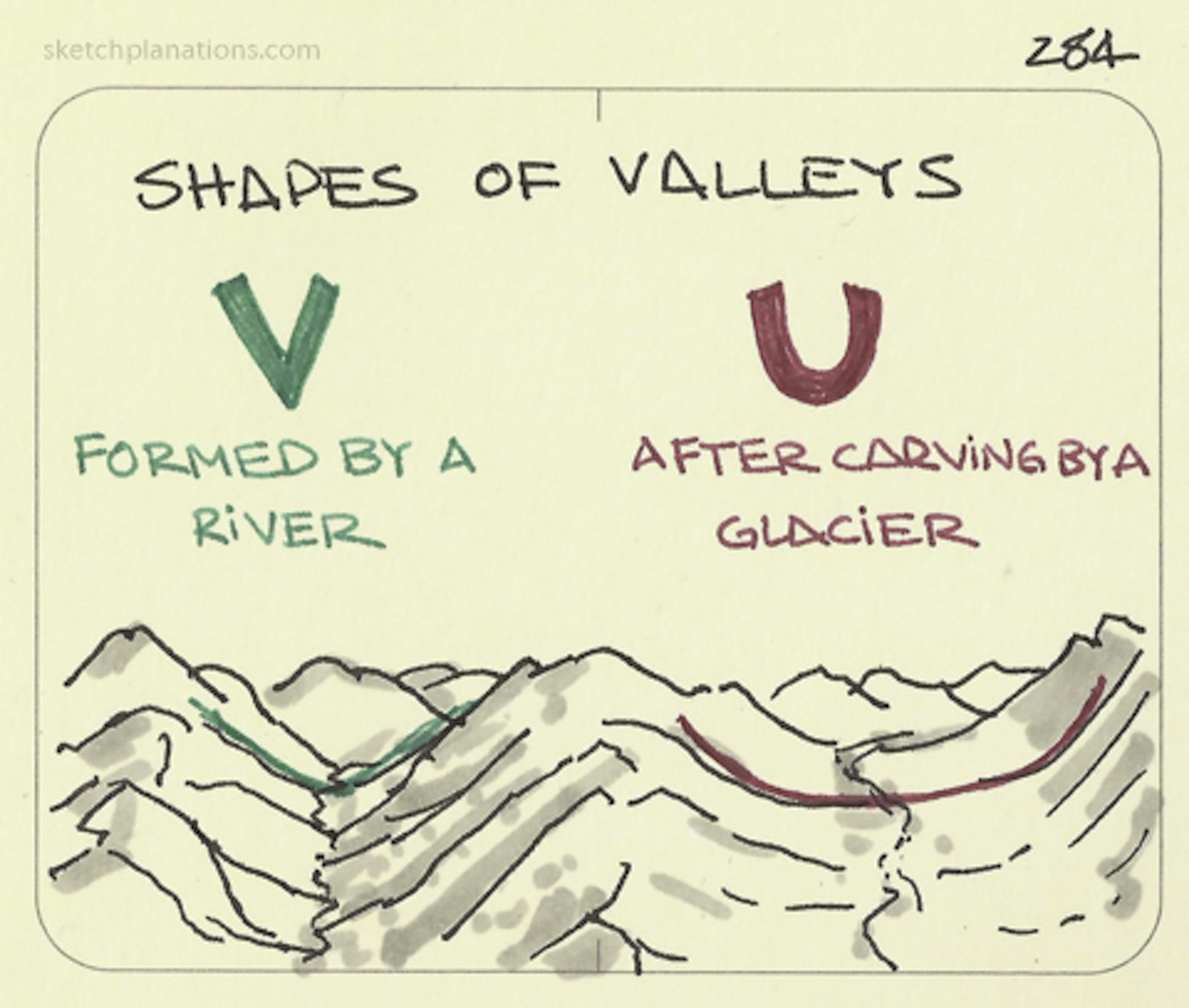 V-shaped, formed by a river and U-shaped after carving by a glacier. Plus variations thereof.

I believe you get canyons when the land is going up and the river is cutting down. A nice frame shift I saw in a nature program was to not think of the river as moving, but instead think of the river as stationary and the land (the continental plates) as moving around it. You’ll get a canyon when the land is pushing up and the river is cutting down. Much like pushing a block of cheese up through a cheese wire. OK the cheese is my analogy which is why it’s not as good.

Had a helpful comment from Austin correcting and explaining, “canyons are formed any time the weathering action of some force (i.e. a flowing river) greatly outpaces the surrounding environment’s eroding forces. For example, the grand canyon is so deep because it never rains in the desert, and wind doesn’t erode as quickly as water.” 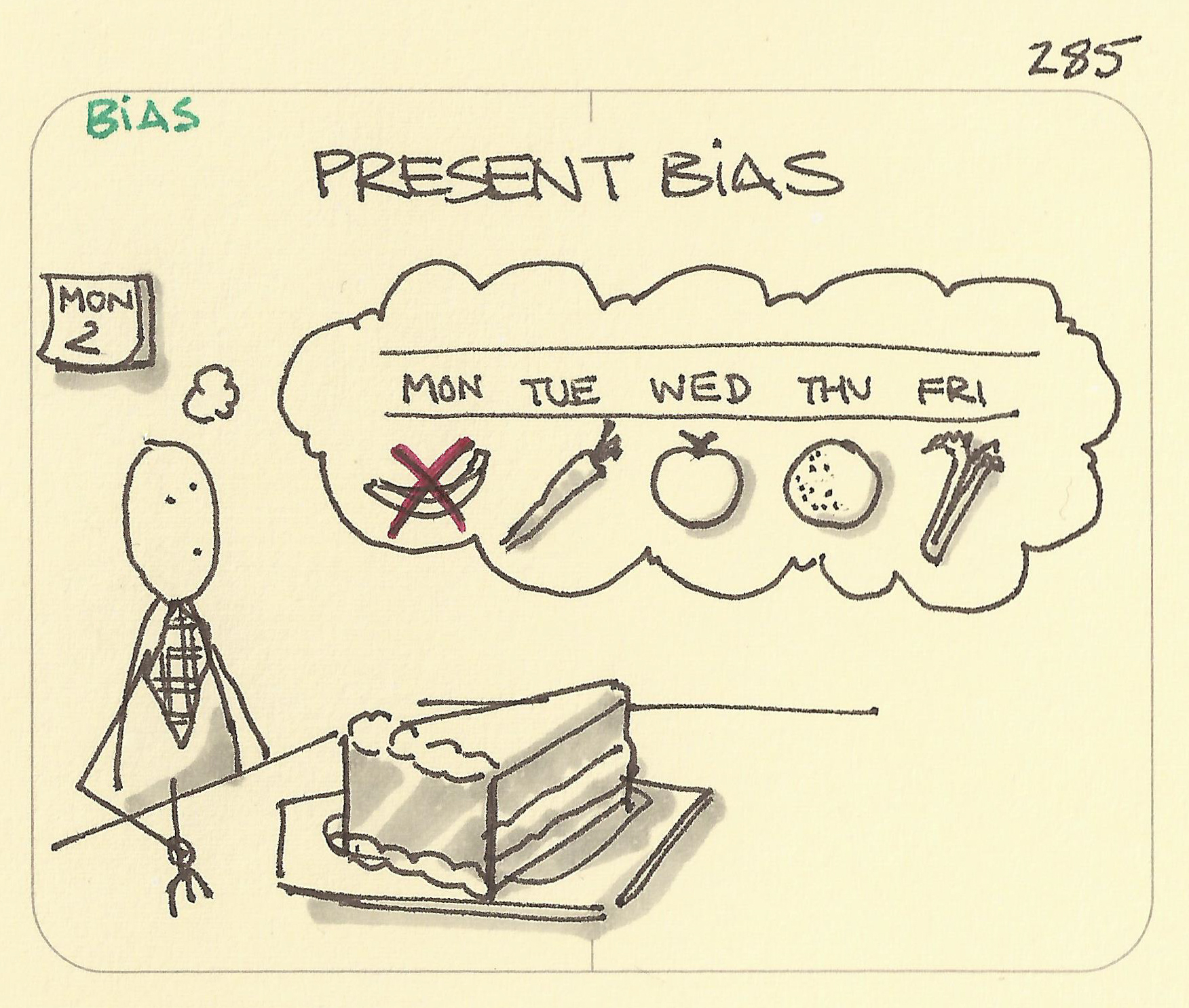 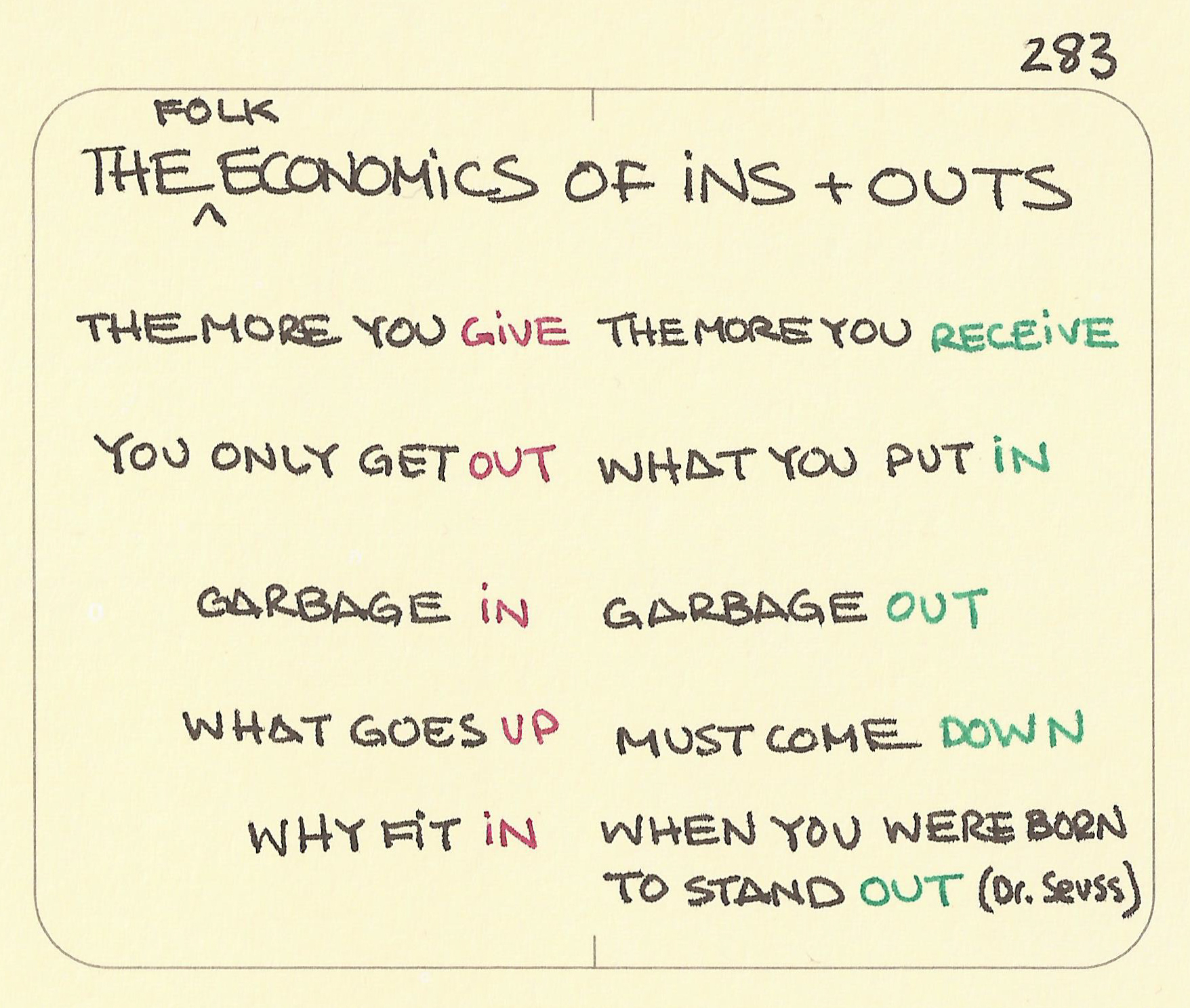 The folk economics of ins and outs
k