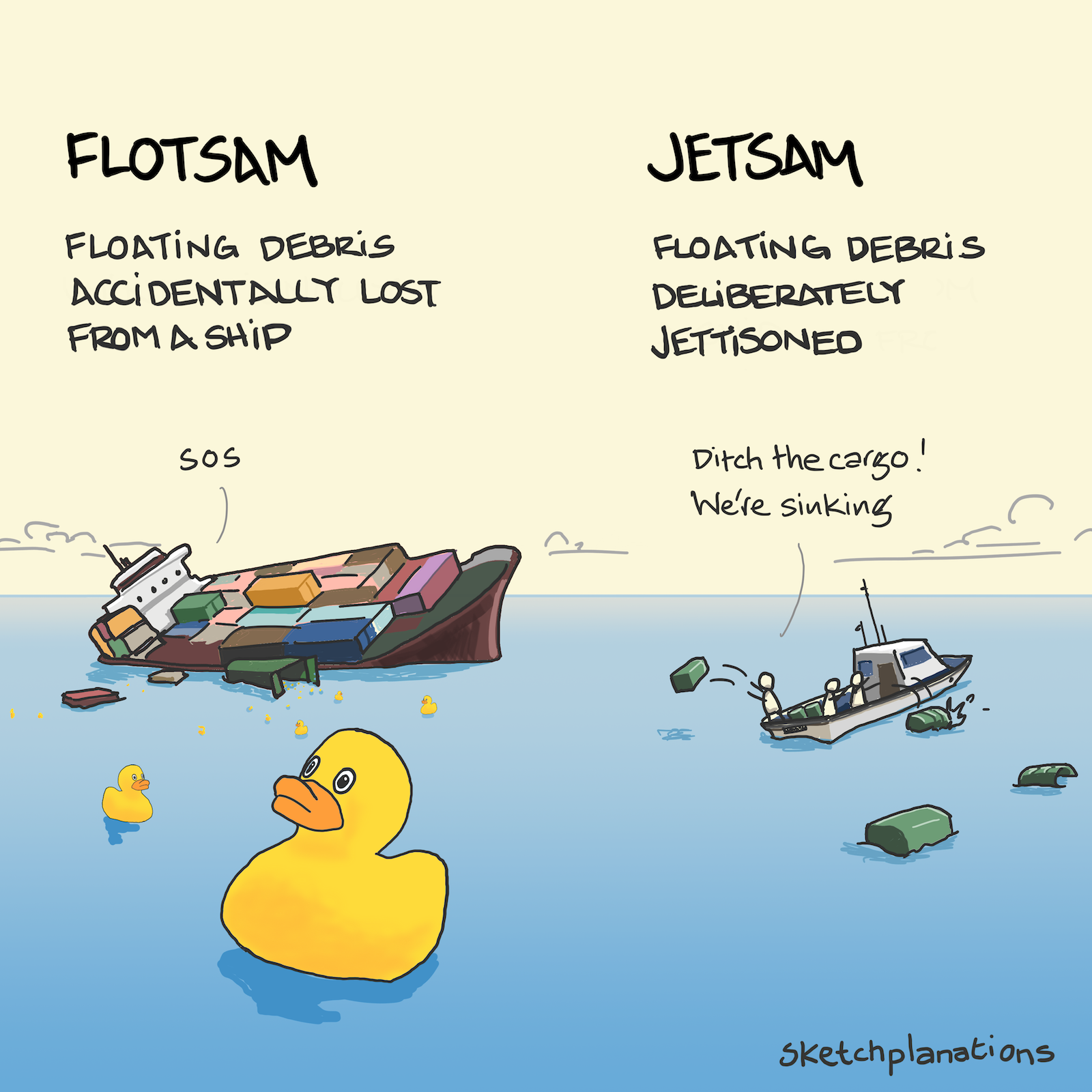 I'd never heard the words flotsam and jetsam used in any way but together so had always assumed it was a term to mean general debris floating in the water or washed up. It turns out they have distinct meanings that also affect how they're treated by law.

Flotsam, from flotter to float, refers to debris accidentally lost or washed overboard, often from a shipwreck or accident.

Jetsam is debris that was deliberately jettisoned by a boat in distress, likely to try and lighten the load.

The rubber duck in the sketch refers to the story of the thousands of rubber ducks that washed overboard (flotsam) in the Pacific ocean in 1992. Over the next 25 years, the ducks found themselves washed ashore all across the world revealing much of the ocean's currents as one giant connected system.

More on flotsam and jetsam 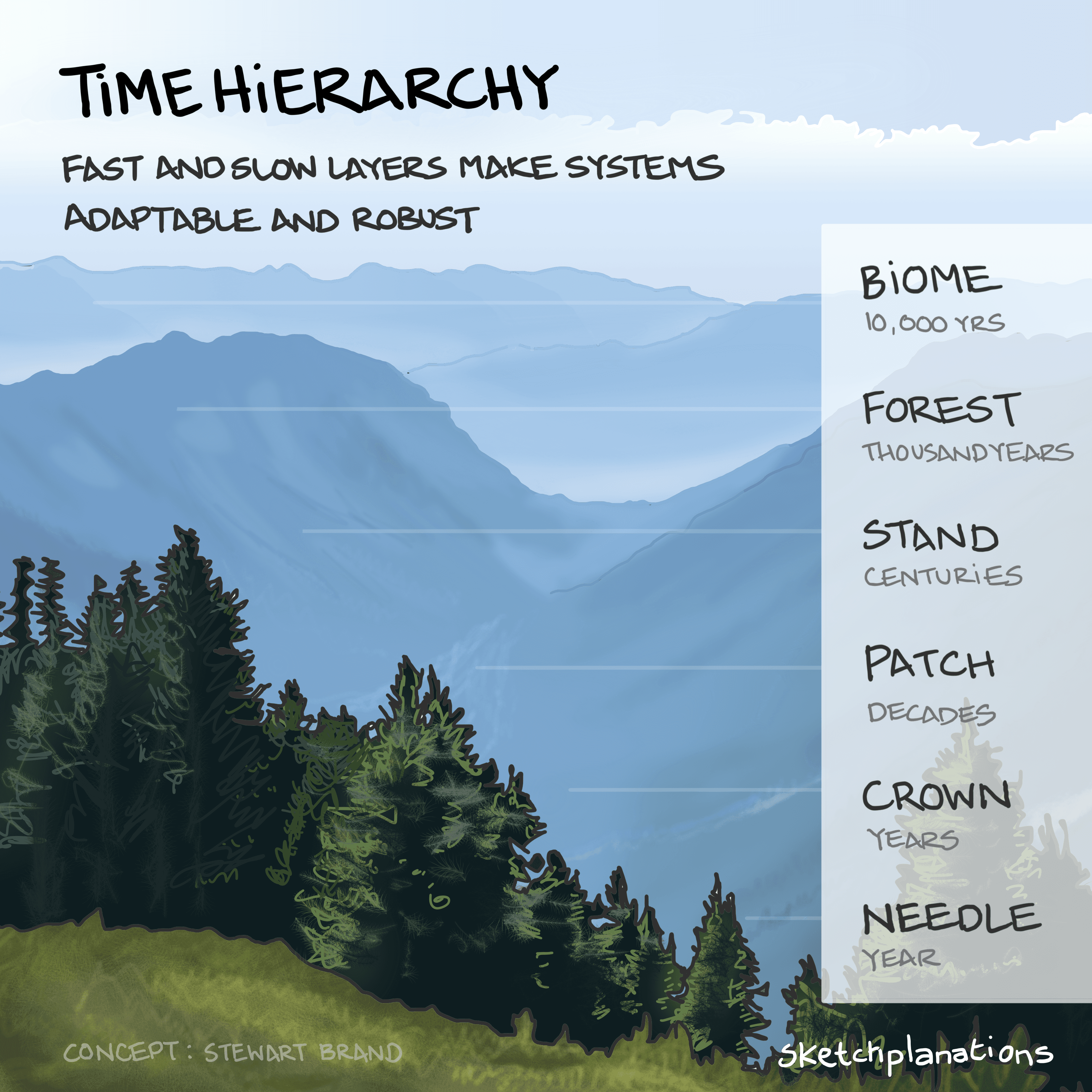 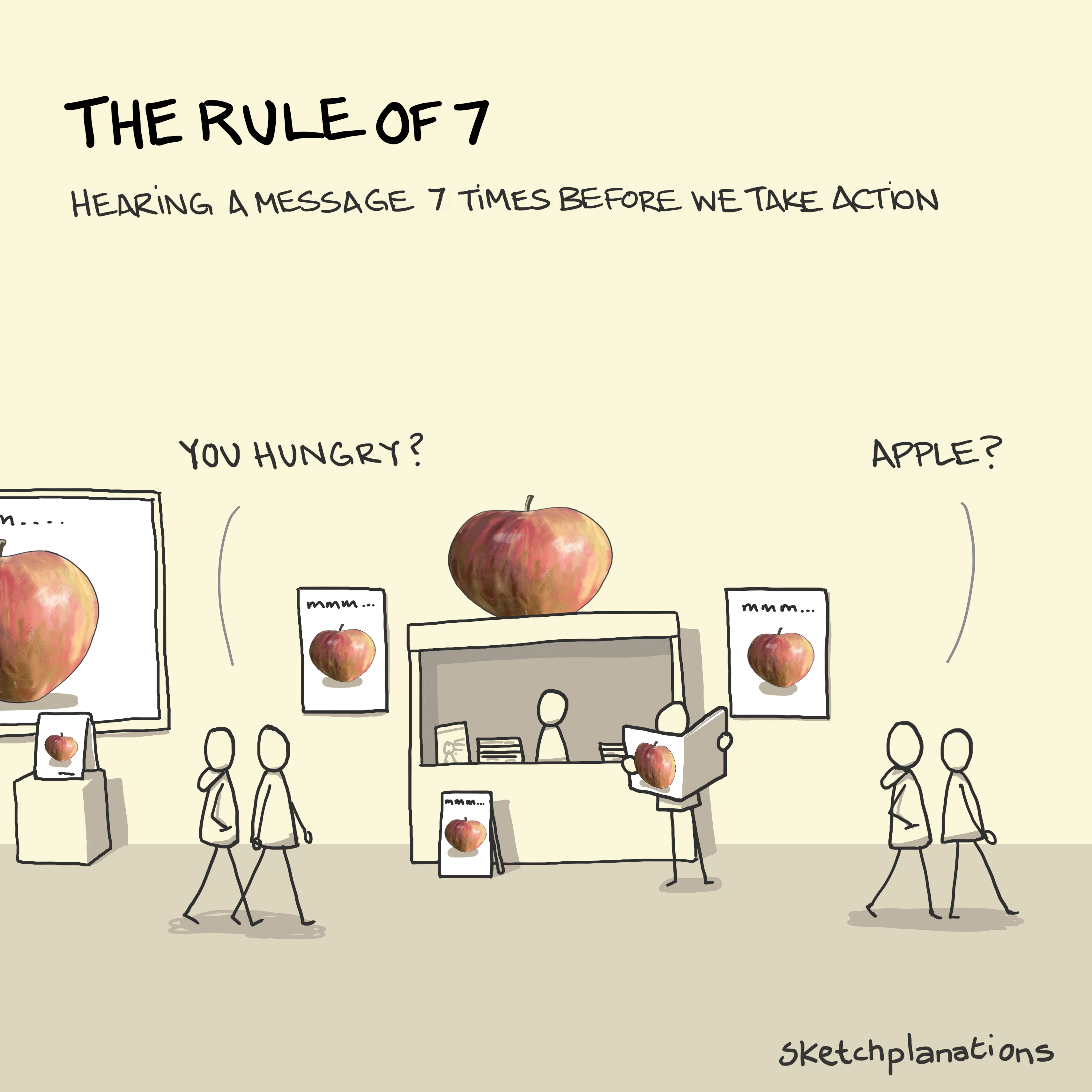